CAPSELLA’s “seeds scenario” addresses the on-farm conservation and dynamic management of agrobiodiversity in low-input, sustainable farming systems. It particularly focuses on the role of seed networks in the maintenance and continued evolution of such diversity.
These networks play an important role in on-farm conservation approaches, promoting dialogue, experimentation and collaboration between farmers, as well as greater synergies with researchers and other actors in the food system; this creates more integrated approaches to conserving, sustainably managing and adapting agrobiodiversity across space and time, while raising awareness about its value.
Taking stock of the experience of Rete Semi Rurali, the Italian national seed network which gathers over thirty farmer organizations involved in promoting the use of agrobiodiversity in agriculture, the scenario will explore which ICT tools may be needed and most useful to encourage and manage the flow of information between actors involved in informal, decentralized conservation and innovation processes around crop diversity.
Thanks to extensive dialogue between seed network actors and ITC professionals, some of the needs which the project will respond to are:

It is hoped that the ITC tools developed within CAPSELLA in response to the above needs will further boost the knowledge being accumulated through seed networks and the on-farm conservation and experimentation processes around agrobiodiversity which are being carried out within them. 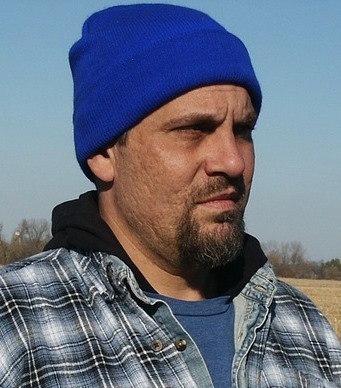 Background Mario is a farmer who has just recently entered into farming. He comes from a non-agricultural background but has inherited some land from his grandparents and has started a new life in the country. He would like to be an organic farmer and to cultivate cereals, which grew on his grandparents’ property decades ago. He has heard of the potential of heritage varieties under organic agriculture, and of mixing them to achieve more resilience and stability in the field. However, he doesn’t know who has good quality seeds, what varieties it would be best to test, what agronomic practices would be best to use and what are the legal issues with using non-registered seed. He has recently joined the Rete Semi Rurali seed network and community, which is involved in on-farm, participatory research on heritage cereals, mixtures and populations. Although he is far from RSR’s headquarters and technical staff, he would be eager to receive information, field and technical data on the materials being tested, as well as seeds. This would allow him to start contributing his own experience, once he starts using these seeds in his own fields.

Motivations Mario sees great opportunities in heritage wheat, mixtures and populations. He has heard that they are less yielding but more stable over time, that they do not require fertilizers and pesticides (indeed, they would be damaged by these, mostly through lodging). He has also heard that they make for better quality, healthier bread and pasta products, and that consumers are looking for more of these products.

Frustrations However, Mario has no clear idea of where to get more information, guidance, and most of all, seeds of some of these varieties (and which ones??) to start testing them in his fields. These seeds are not sold on the formal market, since the varieties and mixtures are not registered in the national variety catalogue, and have been conserved by a few marginal farmers and/or in the ex situ collections of research institutions. There exists, however, a considerable number of farmers who have been reintroducing these varieties in their fields, many of which participate in a collective research process guided by the Italian seed network, Rete Semi Rurali. RSR also studies, catalogues, conserves in good genetic and phytosanitary state, these materials; RSR also distributes them to farmers, supporting them with training events, and trying to keep track of the exchanges which are taking place throughout the network, in order to keep getting data back from farmers in different regions, to better support their decentralized, on-farm research process. Mario has joined RSR but being located far from their HQs, he does not have a direct access to information on the seeds available. Also, once he gets seeds from RSR as part of the participatory experimentation process, he will be requested to take measures and give back information to the network. The sheets of paper on which he needs to record measures taken throughout the year are not ideal for carrying into the field, and he is not sure he can easily take those measures and effectively participate in the experimentation. Also, he feels that data taken from other farmers before him, have not been transferred in an electronic, easily shareable form, so that he can look into past data to get an idea on the varieties’ performance in areas econologically similar to his.

Ideal experience It would be ideal for Mario to have access, directly or via RSR, to a database of varieties available within the network, as well as to tools for facilitating his work in the field, including his capacity to take measures throughout the season for recording the performance of the seeds he obtains from the network itself. The existence of such a system, accessible to him as to other farmers participating in RSR’s experimentations, would be useful for Mario and his peers to be able to both receive and contribute important information on the materials which are being conserved through on-farm use.

We use cookies to ensure that we give you the best experience on our website. If you continue to use this site we will assume that you are happy with it.Ok